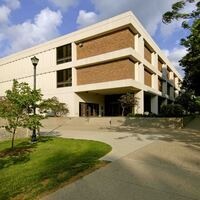 William Maxwell Reed was born on March 3, 1892 in Louisville, KY. After World War II, he returned to Louisville to his small automobile paint shop which he operated before the war. His inventive mind soon led him to design and build the first air filter for successful use in his business. He generally is known as the “father” of air cleaning equipment. He organized the first Reed Air Filter Company and obtained many patents. He merged other companies, employing new methods of dust control with his company. The American Air Filter Company was the result.